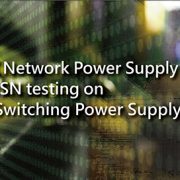 All the electronic devices need to pass EMI Conduction Tests before they can be sold on the markets. During the process of the Conduction Test, the noise output from the telecommunications port may affect the communication quality of mobile phones and the network transmission speed. As a result, most the telecommunication devices must undergo ISN tests regarding the interference caused by telecommunications ports, in addition to the tests on the conduction of power supply. During the tests, both LISN and ISN will be applied. Usually, the test on power supply ports is also called the LISN testing, while the test on the output port is called the ISN testing. The reference standard is EN55032/FCC Part 15.

LISN: In the EMI Conduction Test, the Line Impedance Stabilization Network (LISN) is applied to isolate the grids from the device under testing and then couple the interference signals of the tested device onto the EMC analyzer.

The tests are usually carried out according to the standards of EN55032, and it is easier to pass the ISN testing. However, ISN testing regulations are different in some countries and regions. For example, the Deutsche Telekom (DT) In German has more stringent ISN testing. Thus, the magnitude of common mode disturbances at the output port of the switching power supply becomes very critical.

DT regulations are much more different in terms of the limits of frequency and common mode voltage, if compared with those required by the EN55032. The test waveforms can be referred to as follows: 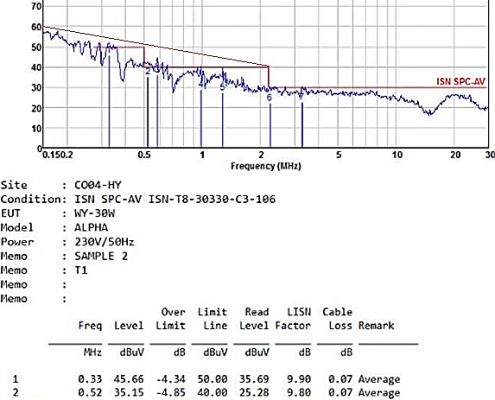 For many years, the Asian Power Devices (APD) Group has dedicated itself to the development of power supply products for peripheral electronic devices. We have accumulated many years of experience in helping foreign customers, able to quickly provide solutions for ISN testing on power supply ports.

【Consumer Electronics Power Supply】EMC challenge under the trend of min...
We have placed cookies on your device to make our website better. If you continue using our website, we assume you agree to it. You can learn more details here.
Accept
Scroll to top